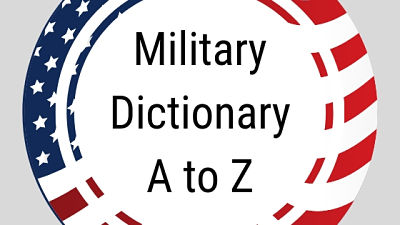 Here are the listings organized alphabetically from A to Z.

About the DOD Dictionary

Since 1948, military terms have been codified in the DOD Dictionary. Standardized military and associated terminology forms the foundation of joint doctrine. It enables the joint force to organize, plan, train, and execute operations with a common language that is clearly articulated and universally understood.